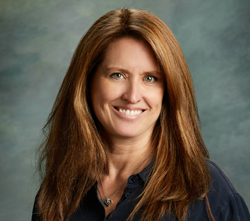 B.S. in Kinesiology from The University of Michigan

I have no memory of learning to swim. There was a pool in my preschool for lessons so I was a water bug from the earliest age. When I was seven we moved and the lake right behind the house made my parents nervous about water safety. The first couple of summers my younger brother and I spent at the high school pool taking swimming lessons. I breezed right through lessons and ended up on the pre-team for a couple summers while I waited for him to also become “lake safe”. As soon as he graduated from lessons, the rest of the years until high school were pure joy with the freedom of the late 70s and early 80s. Along with all the neighborhood kids we would load up all our supplies for the day on all the canoes and rafts and spend the day on the lake. We would float, swim, and race each other across it all day long. The record was fourteen times to my now fuzzy memory. I’d love to know the distance now that I do open water swims – I would bet it was about a quarter mile so not too bad for a group of roughly twelve-year old kids! Fishes didn’t faze us, sea weed didn’t faze us, clay and mud fights were a daily occurrence, and when the dinner bell rang it was time to go home.

When high school came around and some of those friends started on the swim team I took one look at that small pool and that silly black line and thought “wow, how boring is that”? Even though I knew all my competitive strokes and turns and had done pre-team and had my parent’s encouragement, there was no talking me into it. I turned instead to competitive volleyball and played that throughout high school. But my swimming friends drew me back in and my very first job at sixteen was at the high school pool as both a lifeguard and a swim instructor. If you told me over thirty years later I would still be doing the same job I don’t know if I would have believed you!

I graduated from University of Michigan with a B.S. in Kinesiology. While I was there I was fortunate to work with some great educators that specialized in Aquatics during The U of M’s summer camps. For the first time ever, I started swimming laps! That black line wasn’t so boring any more but also the motor learning and the biomechanics of the strokes were so interesting to me as well.

After graduation I thought I would be involved in the physical therapy or fitness aspect of the industry but every time I went to interview for a new position they looked at my resume and said “You have aquatics experience? I have just the job for you!”. Over the next couple of years I ran aquatics programs at several places and taught thousands of swim lessons.

In 2007, I started competitive swimming with a Masters swim team, the Milford Athletic Club (MAC) and the head coach there became a mentor. I became an assistant coach for MAC, then the middle school coach for Huron Valley, then the Varsity Girls’ High School coach at Milford High School from 2012-2018.

In 2014 I took a new position as the Head Coach and Pool Manager at Walnut Creek Country Club. The team at Walnut Creek has grown from 60 to 120 swimmers and went from last place in our league to second place. We have added a non-competitive team that brings swimmers as young as three into the program and we are successful at keeping our high school swimmers with fun and social events throughout the summer swim season.

Because of one of my Walnut Creek swimmers I was introduced to the US Paralympic swim team and am a coach on the National Trip list. I am priviliged to work with athletes of all different abilities on several trips a year along with several different paralympic swimmers in Michigan. Working with them to realize their swimming dreams is a new and challenging use of my educational background that I hope to continue for years to come. I also assist on a local USA swim team, the Novi Sturgeons, several nights a week helping all levels of swimmers from developmental to senior swimmers.

I still enjoy training in the pool several days a week and the principles that I coach are the things that I also practice in the water. When learning new things I like to use my biomechanics and motor learning in my own swimming practices to see how the newest techniquest and training are actually applied to the strokes. I love getting in the pool and working with all my swimmers so that I can see what is happening under the water as well as above the surface.

When someone asks me how many swimmers I coach I just laugh now. Walnut Creek kids in the summer, MAC team that I swim on during the school year, Novi Sturgeons USA team a couple nights a week, and the US Paralympic team a couple times a year. My youngest swimmer is 3 and my oldest swimmer is 85. I have swimmers that swam in college, some that hope to make Olympic Trials one day, some that can’t put their face in the water, many that swim for fitness, some that swim to keep moving, and some that are blind, paralyzed or missing limbs. Each and every one of them teach me something or inspire me. What I learn from all of them when I am coaching is what I pass on to others in the next set, lesson, or class.